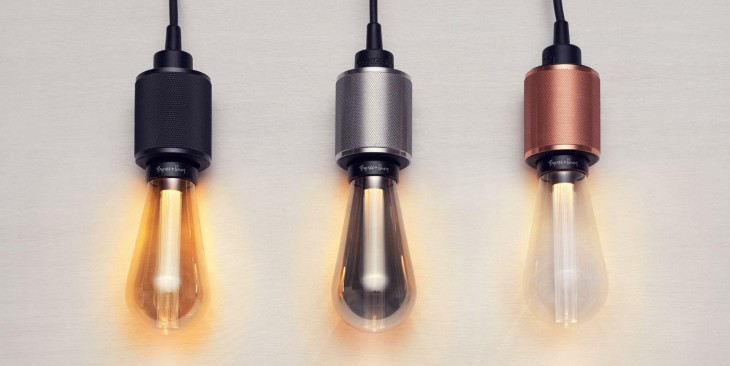 Touted as the world’s first designer led bulb, Buster + Punch led lightbulbs feature a resin piping down the centre of the globe and have been finished with a satin metallic sheen in smoked grey, crystal or gold.

The centre piping has been created by inserting resin fins, which allow ambient light to be cast gently around the room, while reflecting down to a focused spotlight below. Reminiscent of the shape and form of traditional filament based light bulbs, whose personality could be created by manipulating the filament into interesting shapes, (ie. squirrel cage edison bulb.)

Buster + Punch’s industrial styling has been lent from the look-book of street artists, bike builders, musicians and fashion designers from London’s bustling subcultures.

Only drawing 3 watts, the bulbs are rated at 10,000 hours and can be purchased at 40 pounds each and pair well with the companies signature knurling pattern that wraps around it’s rare metal fixtures.